How to Determine the Number of Project Team Members for Your IT Initiative?

How to Determine the Number of Project Team Members for Your IT Initiative? 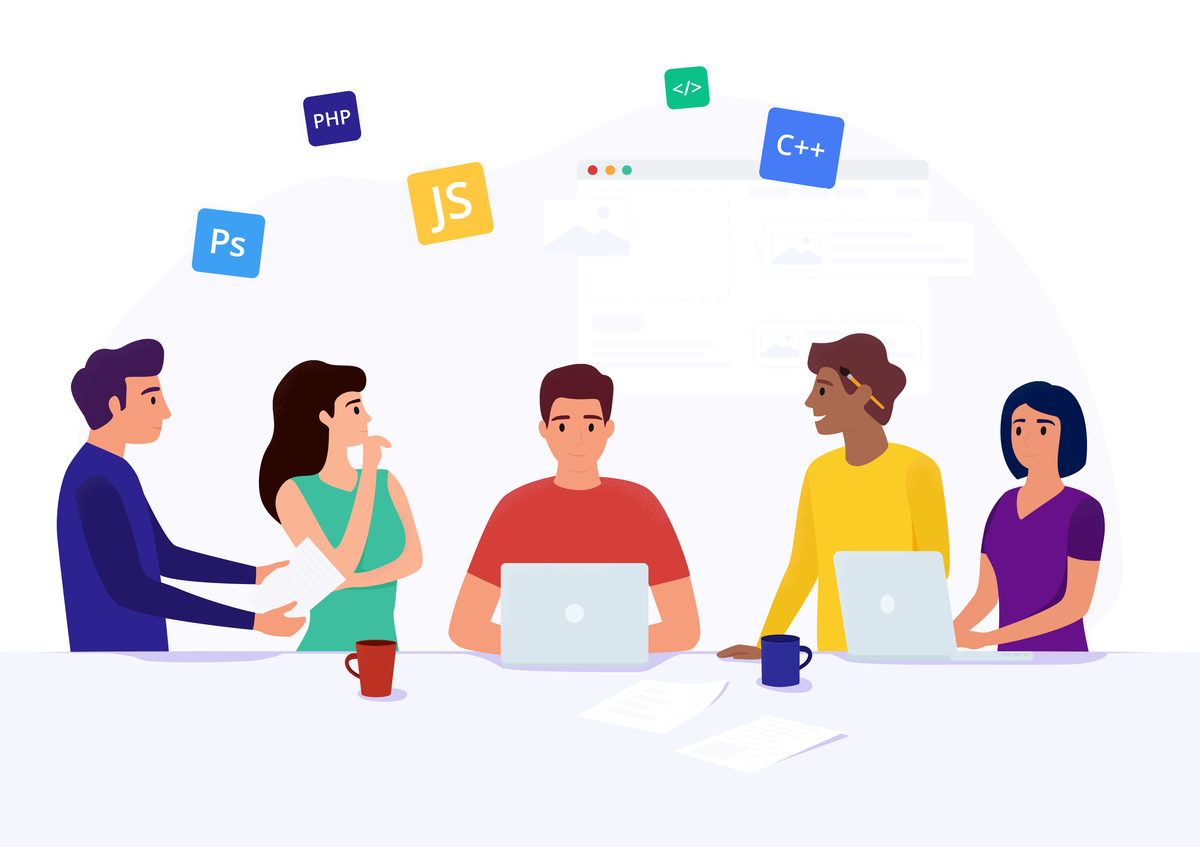 What is the ideal size of work teams? The matter of team size appears on the agenda each time a new team needs to be organized or an existing team is being assessed. Although not the only factor, the size of a team significantly influences team dynamics and potentially increases productivity levels.

The Importance of Team Size

Group dynamics can be influenced by the size of a team. You should narrow down the number of project team members to accomplish your project goals. Small teams may risk having skills gaps in some areas of the workflow.

All projects presuppose teamwork and can’t be completed effectively by one person. Your IT project might need a number of people working on it. However, if the team has too many members there is a hazard for the productivity level of each member to go down with the team’s growth. This theory has been called “Social Loafing” or the “Ringlemann Effect”.

The Ringlemann effect theory stipulates that a company can achieve much more with a greater number of team members, but the individual members of the larger team are less productive vs. their counterparts in smaller teams. According to this theory, the individual efforts of each group member decrease due to the larger workforce.

The “Ringlemann Effect” has been proven in the course of research. It illustrates the dynamics of team size. Through a series of experiments involving large groups of people pulling a rope, Maximilien Ringlemann concluded that individual contributions were decreasing for every person who is added beyond 5-6 people who pulled a rope.

Consequently, some employees might want to weaken in their work resolve at their workplaces thinking that their lack of effort will be complemented by the overall team’s greater effort. Others won’t simply work hard as they did before because their efforts may be unacknowledged. Even if the company increases in overall output, it is not where it should be when their individual productivity level decreases.

Now let’s examine 3 variables connected to the question of the team size.

3 Variables and the Team Size

How can you calculate the number of the ideal project team members for your work? It all depends on the initial project planning. In general, 3 variables need to be considered:

1. What is the team trying to achieve?

The number of team members can depend on a specific goal. They might need to finish the project quicker. For instance, a team of painters can never be too large: your building will be painted more quickly by a larger team. However, normally a small-size company needs one or two book-keepers.

2. How many specific and separate roles are necessary to complete the team?

How many people do you need to fill the unique roles and responsibilities on the team? You should make sure that there is no skills gap in your team. On the other hand, too many people with the same skills in your team might lead some people to loaf and be less productive.

3. Is there a deadline to meet?

Work that should be completed quickly calls for a larger team with more hands on deck to do all the necessary work on time. Longer-term projects can be best accomplished by smaller teams as they tend to be more cohesive and less friction-oriented. Typically, people are more open to sharing their joys and pains about their work in the small group environment. Additionally, such teams are easier to monitor and are the most active “rope-pullers.”

What is the Ideal Size of Work Teams?

According to Katherine Klein from Wharton University, five is the ideal number of people for a team. Going beyond this number, the team starts losing its uniqueness and individual performance. On the other hand, teams of less than 5 members can experience skills gap and awkward team dynamics. Klein’s research matches the studies made by other researchers.

Alternative-spaces has over one hundred IT specialists possessing various skills. Our PMs will select a team based on your needs. The number and expertise of the company’s programmers, UX/UI designers, quality assurance engineers, and project managers ensure that all necessary team member roles and responsibilities will be filled perfectly. A culture of cooperation and team-play facilitates teamwork for the best results. You can be sure your software product will be delivered on time and on budget. Let us form the best project team for you!